The Everyday Gospel: We have to do that much 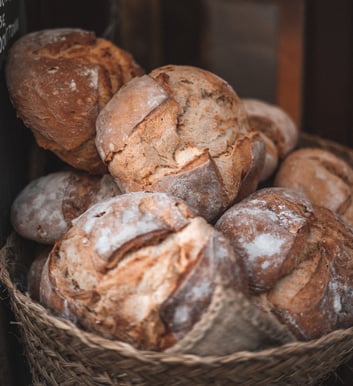 While I was preparing for a recent wake service, a clause in a reading from Matthew’s Gospel caught my eye. The passage described the incident in which Jesus miraculously fed more than 5,000 people who had followed him to what he thought would be “a secluded place” where he could pray. When the disciples suggested that the crowd be sent off to nearby villages to buy food, Jesus answered, “There is no need for them to go away. You give them something to eat.” Then, after being told that there was not enough food—something he would have already known—Jesus multiplied the five loaves of bread and two fish into more than enough.

According to the account in this Gospel, Jesus said nothing more about the disciples feeding the crowd, which raises the question of why he mentioned it in the first place and why the author included that remark in the Gospel. As a general rule, because writing was such a laborious practice at the time, the authors of gospels and other ancient texts didn’t waste words. Whatever they included in the text they included for a reason. If the evangelist wrote, “It was about noon” when he seldom mentioned the hour, he was telling us something.

In this case, Jesus may have made that remark, “give them something to eat,” to prepare the disciples for the mission they would have when he was no longer present to perform miracles. They wouldn’t be able to excuse themselves from feeding the hungry, nor should they underestimate their ability to be of some help. It reminds me of a comment by Garrison Keillor: “You can do only so much, but you have to do that much.”

That passage from Matthew’s Gospel is not among the readings in the ritual for a vigil service, but I used it because our parishioner who had died, George De Paolo, had spent a significant amount of time volunteering for Meals on Wheels and the housing program created by Father Brian McCormick under the aegis of Martin House in Trenton, New Jersey. As I mentioned in my homily at the wake service, one volunteer didn’t solve the global problems of adequate food or affordable housing, but he did more than did most people on the planet.

Jesus did assure us, “The poor you will always have with you,” and if he meant that literally I guess we must accept the fact that we will not eradicate hunger and economic inequality and homelessness. But acknowledging the size of the problems doesn’t mean we can’t or shouldn’t “do that much.” If no one of us can make an appreciable change in the environment by recycling paper and metal and plastic, nor should any one of us add to the problem by sending all of our waste to the landfill. Do that much.

When I was preparing for that wake service, I recalled a conversation I had with Deacon Sam Costantino of the Metuchen Diocese when I stopped in to help him at a free-meal program in Perth Amboy. “Too bad only 25 people came,” I said. “Why too bad?” Sam said. “That’s 25 people who had dinner tonight.”

Photograph by Salvador Godoy on Unsplash..

Charles Paolino is managing editor at RENEW International and a retired permanent deacon of the Diocese of Metuchen.