A reading from the Second Book of Samuel

In this passage we read that David was called to be king and leader of Israel. The Christian biblical writers saw Jesus as both the successor and the perfection of David’s rule—not only over Israel but over the whole world. These days, most kings and queens have only ceremonial functions where they exist at all. When the Church began observing this solemnity in 1925, it was identifying Jesus with the power still being exercised by royalty in many places but contrasting his eternal rule with the finite dominion of earthly kings. Today, we recognize that Jesus' kingdom embraces all mankind, but we focus too on the loving, healing aspects of his power.

“Let us go rejoicing to the house of the Lord.” Do you and I rejoice when we come for Mass each week, or do we take it for granted and as an obligation rather than a gift worthy of rejoicing?

“He is the head of the body, the church.” This is a central teaching of our faith, that there is a bodily connection between Christ who is the head of the body, and the Church, which is itself the body of Christ. You can’t get any closer. “In him were created all things.” Everything was created in and for Christ. This was a hymn in the early Church, and it reflected what the followers of Jesus believed from the beginning and what we believe and experience in the assembly of the Church and in the Eucharist.

The soldiers mockingly tell Jesus, “If you are King of the Jews, save yourself.” And one of the other two men being crucified that day implores Jesus, “Save yourself and us.” But Jesus uses his saving power not for himself but in response to the penance of one of those men who admitted his guilt and asked Jesus, “Remember me when you come into your kingdom.” Jesus forgives him and promises him eternal life. This is the climax of Luke’s portrayal of Jesus as a loving, forgiving savior, something we have heard throughout this liturgical year. The “good thief,” as he is often described, was a lucky man indeed. And so are we lucky. Each of us has that same chance for forgiveness at any and all times in our lives. We need only ask.

Image: Christ on the Cross Between Two Thieves, unknown author. Illumination from the Vaux Passional in the Peniarth Manuscripts. Public Domain. National Library of Wales.

The Everyday Gospel: And he shall reign 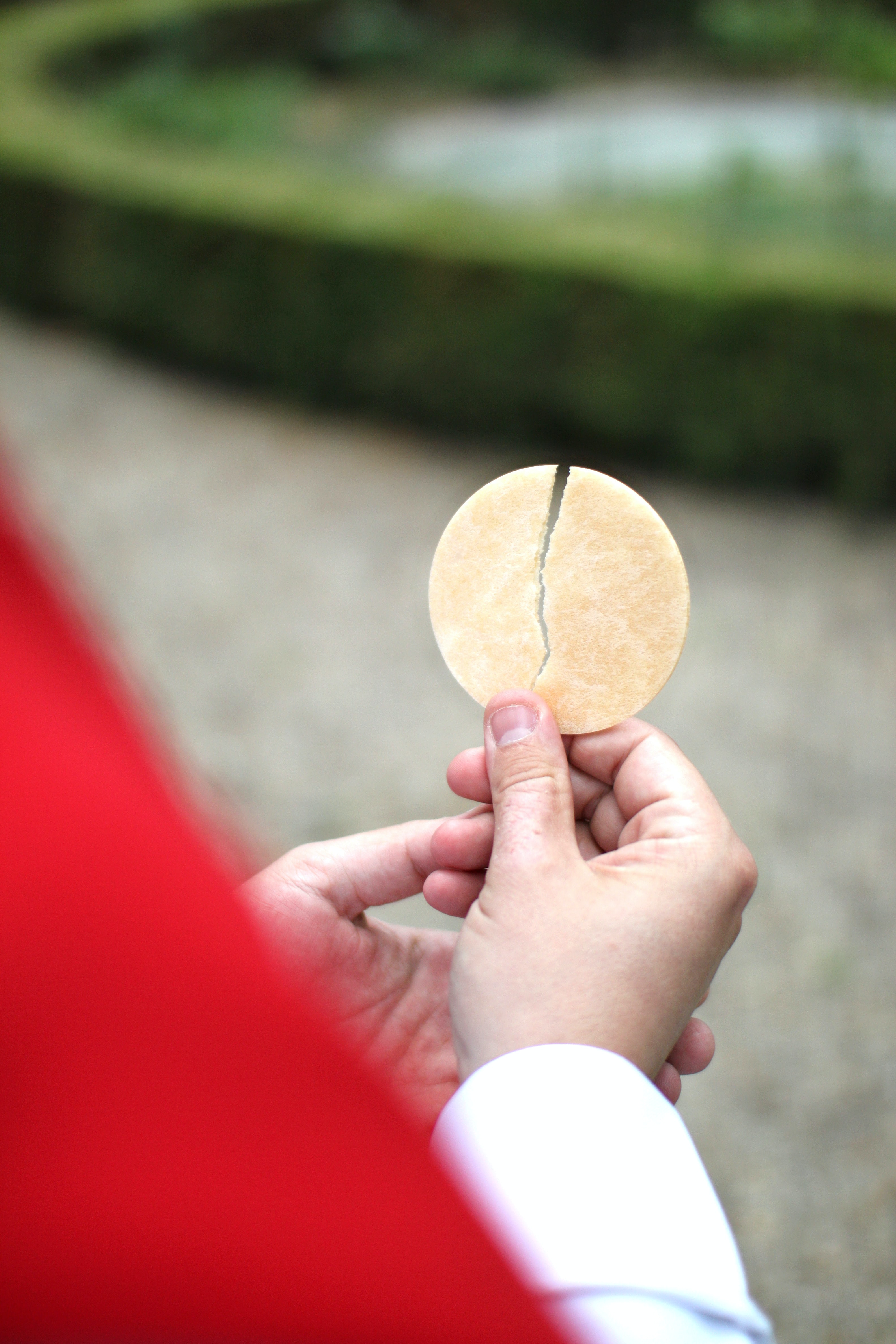 One of the memorable images among the events surrounding the death of Queen Elizabeth II was of a woman kissing King Charles on the cheek as he greeted members of a crowd gathered outside Buckingham Palace.

The woman, a Cypriot named Jennifer Assiminios, later told the press that she had asked permission to kiss Charles and that he had granted it.

Although Elizabeth had established an emotional bond with many of her subjects, it did not exhibit itself in anything as intimate as a kiss. So perhaps, by accepting that one kiss, Charles nudged the monarchy a little way off of its traditional distance from its subjects.

Not being British, I have no opinion about the British monarchy either as an institution or, for that matter, about the endurance of monarchy in the modern world. I once asked a chemist in Denmark why such a progressive country still had a queen. He said, “Well she is Denmark, isn’t she?” and I suppose that was as good an answer as any.

Many countries have long since dispensed with their kings, queens, and emperors, but there are 44 sovereign states in the world that have monarchs, including 15 that recognize the British monarch as their own. In a few of these places, monarchs have absolute power; in a few, their role is largely symbolic. And in some countries, the king or queen shares the responsibilities of government with an elected body, a parliament or legislature.

Abdullah bin Hussein, the king of Jordan, has gone out of his way to have personal contact with Jordanian citizens. More often, though, kings prefer to be physically, emotionally, and spiritually distant, separate, apart from their subjects, That’s not our King.

As Americans, of course, we have no monarch, but as Christians we have a “King of the Universe” as we will again proclaim Jesus this weekend.

While we have the greatest respect for Jesus and try to live in keeping with what he taught us about love of God and love of each other, we do not have to keep our physical or psychic distance from him. On the contrary, Jesus invites, urges, all of us to approach him in the most intimate way possible.

Jesus is the king who, during his life on earth, made a point of touching people whom others would rather not touch ¾ and that was a clear sign of the relationship he wanted to have with all of us.

This why the Church, Pope Francis in particular, and the American Catholic bishops during the current three-year “Eucharistic revival,” stress the importance of each Christian having a personal encounter with Jesus -- an encounter that occurs in our prayer life, when we speak to Jesus as the loving friend he is, and in our liturgical life when we come in physical contact with him in the Eucharist, in his body and his blood.

In the prophecy of Daniel, we read about the Messiah, “He received dominion, glory, and kingship; nations and peoples of every language serve him.”

That is a legitimate image of Jesus, the Christ, who is the Son, the second person of the Holy Trinity—who is God. But it is indispensable to our Catholic faith to always keep before us, too, the words of the author of the book of Revelation who describes Jesus as “the ruler of the kings of the earth” but in the next breath as “him who loves us.’’

'Hear the Word!' by Bill Ayres: Solemnity of Jesus Christ the King 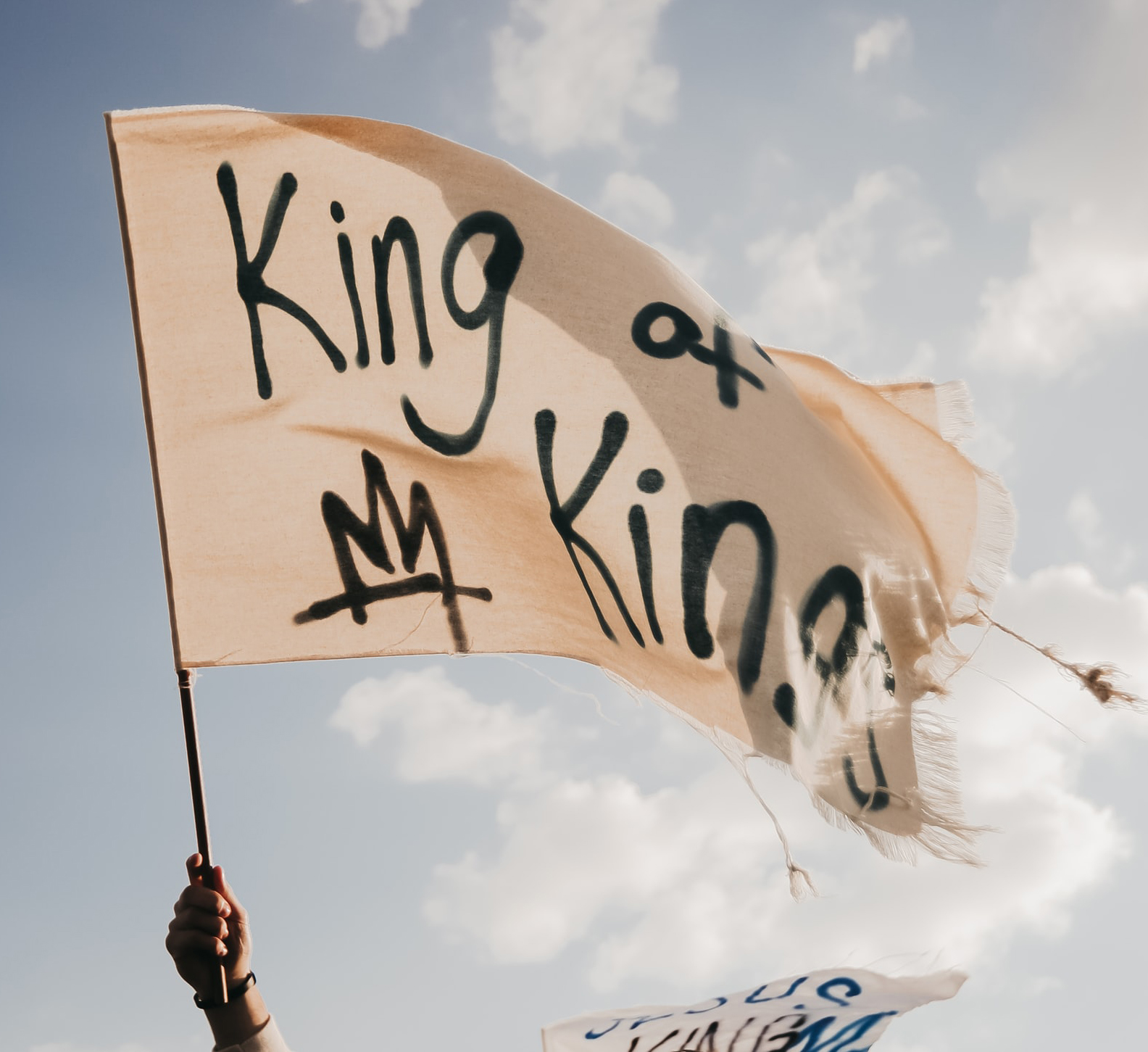 A reading from the prophecy of Daniel

Daniel refers to “one like a Son of man coming.” Whom did he mean? Remember, this book was written less than 200 years before the birth of Jesus. It was a time of horrible persecution, and this scripture was intended to give the people hope. The “Son” envisioned here was probably seen as God’s messenger who would herald the last days. The last days of what? Probably, it was the last days of the evil Seleucid King Antiochus IV which did come soon after. This Son of man would have been considered the messiah, a messenger sent by God to bring justice and peace.

“The Lord is king; he is robed in majesty.” The psalm proclaims the one God, the God of Israel, who always was and always will be—God, whom we encounter in an intimacy unknown to the ancients, through his Son, Jesus Christ.