As we know, shepherds were very important people in a culture that depended on sheep for clothing as well as food. A good shepherd was highly valued, and so the Israelites often referred to their kings as shepherds. Jeremiah accuses these shepherd-kings of having driven the people away and “not cared for them.” “Woe to the shepherds who mislead and scatter the flock of my pasture, says the Lord.”

We often refer to bishops in our Church today as shepherds who are to lead us. Many do it well, but some in our country and around the world have not protected children and teens in their dioceses from abuse. Millions of people all over the world have left the Church in the past 30 years. There are many reasons but high among them is the anger people have toward abusive priests and those who closed their eyes to the crimes. Pope Francis has apologized for this laxity, promised to treat the matter seriously, and put mechanisms in place to do so.

“The Lord is my shepherd: there is nothing I shall want.” Jesus is the true shepherd who gives us unconditional love, forgiveness, and strength for all our needs. We need only to ask, to be patient, and to accept the gifts he gives us. 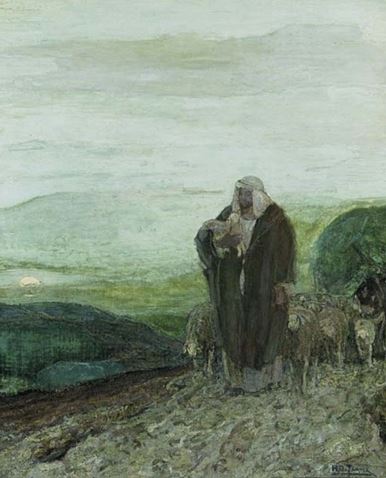 Peter and the apostles are being criticized by the Scribes and Pharisees for healing a disabled man. Peter tells them that the man was healed in the name of Jesus Christ, the very person they condemned to death. This was not the kind of thing that the leaders wanted to hear. They thought they were done with Jesus forever when he was crucified, and now his followers are healing in his name. They thought they must put a stop to this, but they never could, no matter how hard they tried—and they certainly tried.

Jesus was a healer and our Church, founded in his name, should always be about healing, reconciling, forgiving, not condemning and excluding. Pope Francis is working through his words and his deeds to heal so much of what is missing from our Church and to allow the power of the Spirit to heal and unify.

“The stone rejected by the builders has become the cornerstone. “

Throughout the history of Israel, the people have rejected the God who revealed himself through Moses, yet he has remained the cornerstone of faith as Jesus is for us Christians.

Topics: The Resurrection of the Lord, Reflections on the coming Sunday's Gospel, Jesus Christ, RENEW International, The Good Shepherd