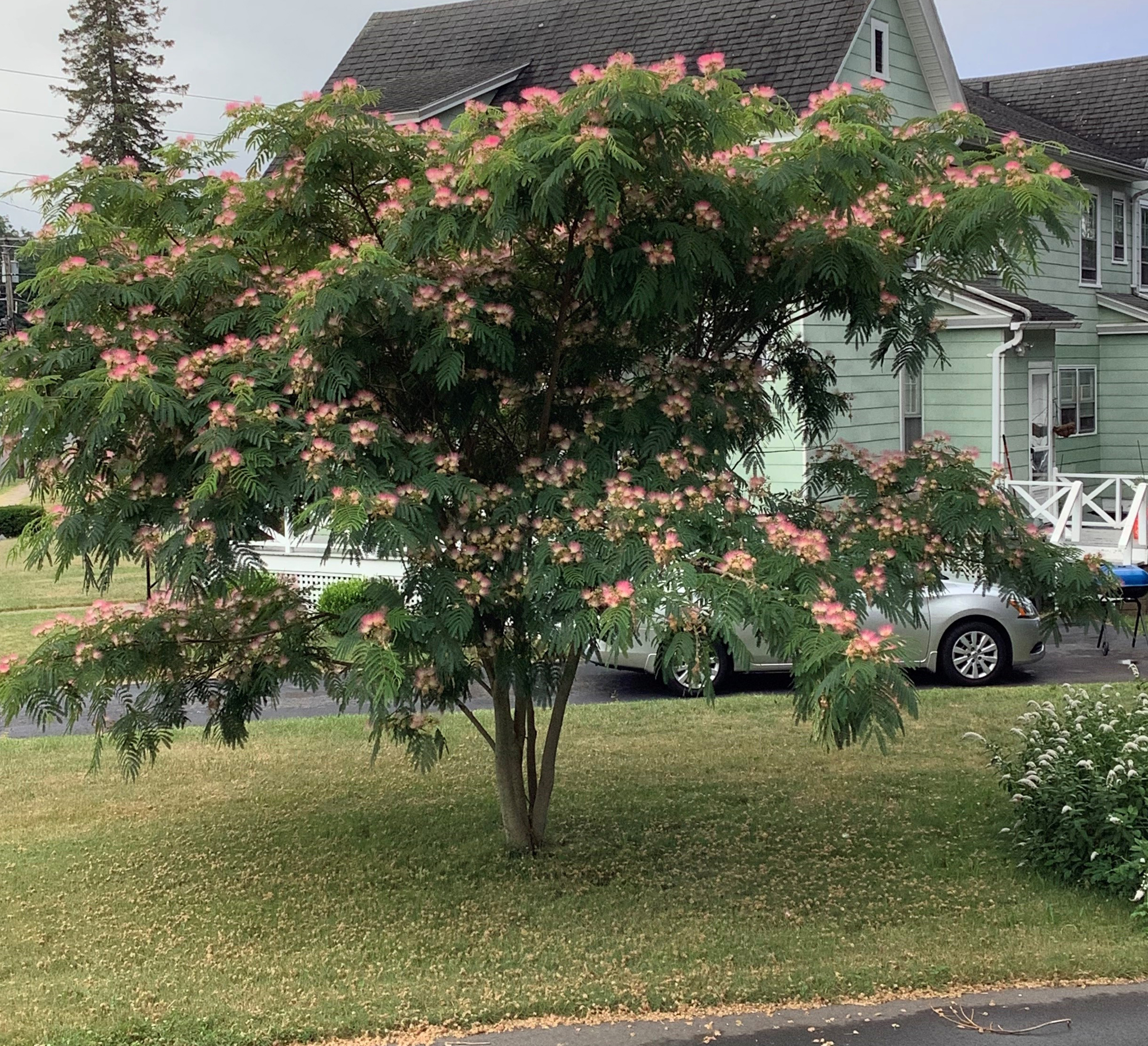 I’ve named her Mimi. I have raised her since she was a six-inch seedling. She is my mimosa tree, proudly standing in my side yard. She is so beautiful with her pink and white fragrant flowers! Bees find her especially appealing as they climb all over her pretty blossoms.

Mimi has numerous branches now that gently blow with any summer breeze. Mimi is very flexible and free as she provides shade for passing ride-on lawnmowers or my husband as he trims the shrubbery. At one point, she had to be tended to because some children who ran through the yard pulled off a couple of her small branches. My dutiful husband bought some sealer and covered up the bare spaces on her branches to protect her from insects and disease. Mimi is flourishing and fancy now.

People walking their dogs in the neighborhood have stopped to ask about Mimi: what kind of tree she is, how old she might be, and so forth. They happily notice and admire her and appreciate her as a neighbor. She reaches to the sky in all her God-given splendor!

In this troubled world, I think about how I might try to copy Mimi’s simple beauty in my own life. Can I offer comfort and rest to others who are struggling? Am I able to flexibly sway with the winds of change and conflict as I grow despite the temptations and discouragements? When I break off even briefly from following the way of Christ, am I willing—sealed with my Savior’s sacrificial love—to atone for my missteps and grow even stronger? 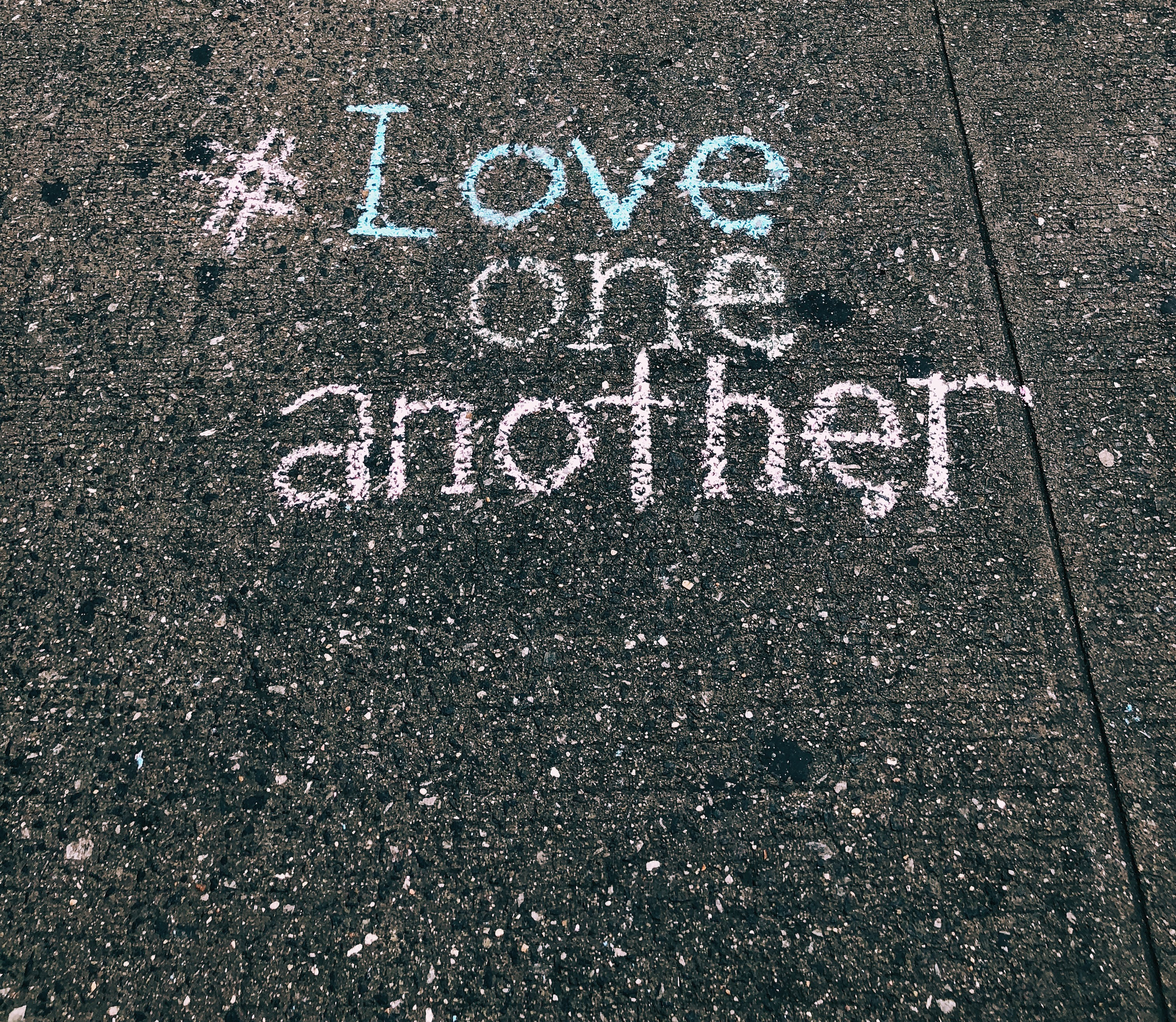 My husband received two phone calls in a row this afternoon, but “Scam Likely” popped up on his phone screen, so he did not bother to answer. I realize that sort of thing happens to many of us many times.

I heard about a scam that claimed to be a way to donate to help the war victims in Ukraine. Someone was skillful in inventing this fraud very soon after the invasion began,

A lady I used to work with told me how her mother was scammed and lost $2,000 because she thought she was helping her grandson who had supposedly been arrested. Whoever had phoned the solicitous elderly grandma was very convincing.

How upsetting to think about people with clever imaginations and creative story-telling ability who selfishly use their talents to perpetrate evil trickery for their financial gain!

Have you ever watched television episodes that show in detail how an evil person can go to great lengths to outsmart victims to make a profit or get revenge for a past encounter? Whether the stories are true or not, it is evident that many people have extremely creative minds that can be used in terrible ways.

So what about our creativity? What about those gifts and talents God has given us? Are we supposed to use our talents and gifts to spread evil for selfish pursuits? What kind of example does that provide for others? We know the answers Jesus would give. We, ourselves know what is overtly evil, but we have to be on the lookout for rationalizations we might excuse or oversights we could lazily ignore.

Creativity involves planning and personal touches. Creativity gives life and love. We read in the Bible that we are made in Creator God’s image, so with that comes accountability. We know we should use our God-given talents with love in mind. I suggest a “DSD” day every now and then: a day during which we do something different to spread God’s love. We might phone folks we don’t see too often just to wish them well, perhaps share good wishes, or tell them of a little blessing we have experienced recently. Instead of a “scam likely” it will be “love likely.”

Topics: use your gifts, Sharon Krause, sharing our gifts 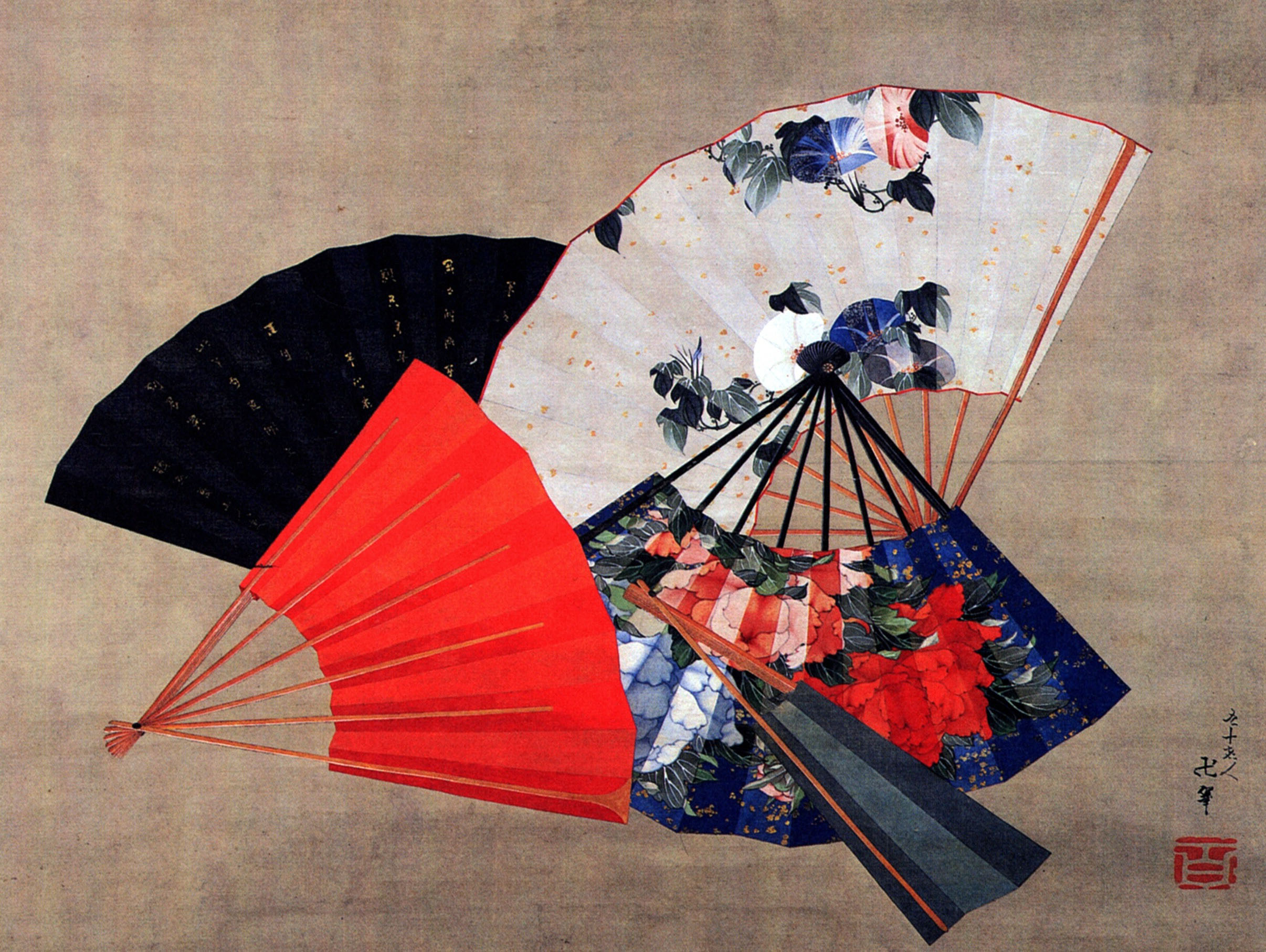 I once decided to decorate a bedroom wall with a collection of pretty paper fans. I arranged the floral half-circles symmetrically in a colorful display of airy creativity. Of course, the fans were opened to reveal their respective patterns and vibrancy. It was a unique and pleasing wall display—at least to me. My husband did not have much to say about it.

As followers of Christ, we are challenged to unfold our layers of potential goodness, calling upon the guidance and example of Jesus. We seek to use our God-given gifts for the love of others. St. Paul reminds us of this in his letter to the Christians in Rome (2:6):

We have gifts that differ according to the grace given to us: prophecy in proportion to faith; ministry, in ministering; the teacher, in teaching; the exhorter, in exhortation; the giver, in generosity; the leader in diligence; the compassionate in cheerfulness.