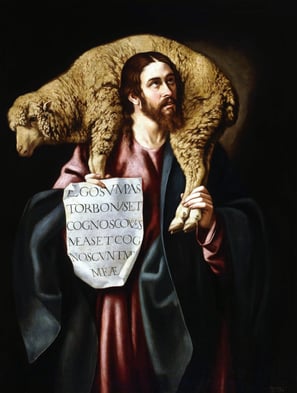 The role of shepherd in the ancient world is something that we often romanticize today. In ancient times, shepherds were shadowy figures, often shunned in everyday society. Some were good and took care of their sheep, but others were not devoted or honest. A good shepherd was highly regarded, because he had to take care of a large herd often in dangerous and lonely conditions. Jesus knows all this when he calls himself the Good Shepherd. He knows that his audience will get it in a way that is more difficult for us today when we do not like to be thought of as sheep.

The last line of this passage is the most important. “The Father and I are one.” Remember that this Gospel is the last to be written, long after the death of Jesus and the writing of the other three Gospels. Why does John write such a powerful sentence? It is precisely because that is what people believed about Jesus these many years later. Jesus is not only the Messiah, not only the Son of God, but Jesus and the Father are one. Gradually, this level of belief developed into the central dogma of our faith, the Holy Trinity. It took centuries, but then something so extraordinary was not to be written on the back of a napkin.

We are truly created in the image and likeness of God, and God is a community of persons, not a solitary isolated being. We are communal persons as well, in our families, among our friends, and in our parish. We are not meant to be alone. It is not in our nature.

Painting: The Good Shepherd, García Salmerón (1603-66), originally painted for the church of St Genesius in Arles, France, now in the Prado Museum in Madrid. Public domain.