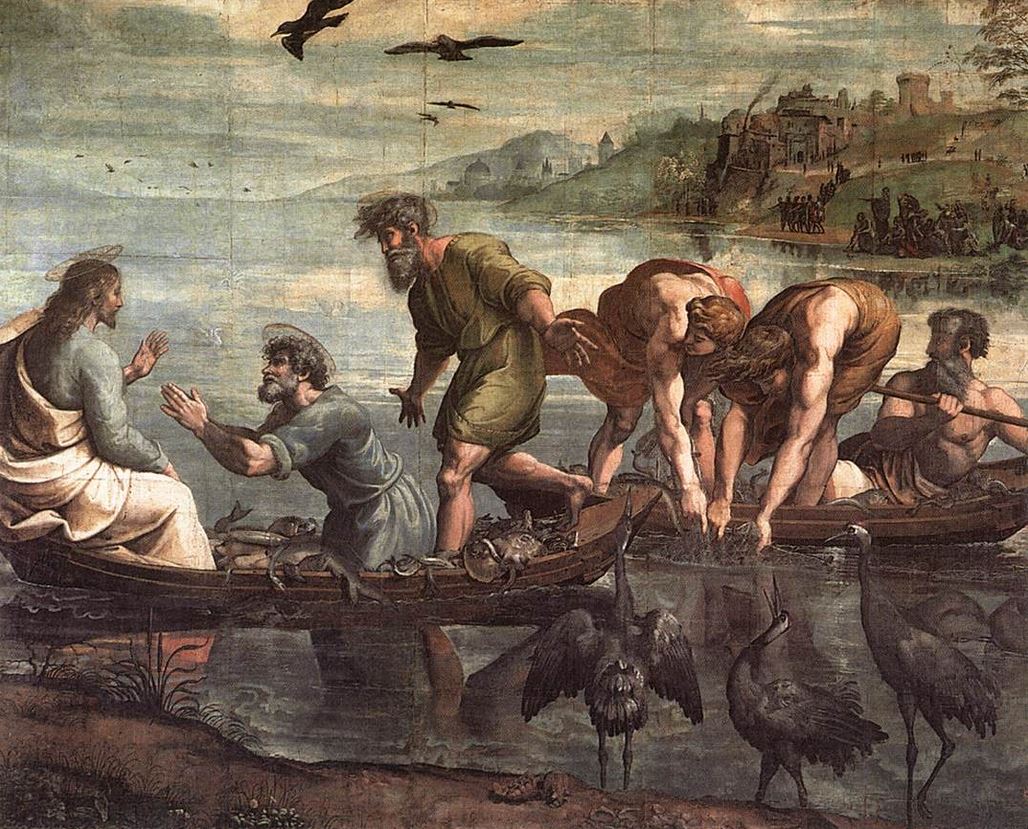 In the Gospel of John, Chapter 21, we read of Jesus’ third appearance to his disciples after his resurrection. I enjoy how this account is written; there is a brief conversation between Peter and six other disciples that puts the reader into the scene. We can see them getting into their boat and earnestly fishing in the Sea of Tiberias. They caught nothing except discouragement until Jesus appeared and told them to cast the fishing net to the right side of the boat. After they obeyed Jesus, the net was loaded down with 153 fish! What a difference! I don’t know how big the fish were, but the disciples had to drag the net full of fish a hundred yards, and the implication is that there was some worry that the net might tear, but it did not.

Then Jesus invited them: “Come and have breakfast.” What an invitation! Jesus, the Risen Jesus, not only took the time to give them fishing advice but had prepared a charcoal fire with fish on it and told the men to add some of the fish they had just caught. Then Jesus even served them bread and fish for a surprise daybreak meal!