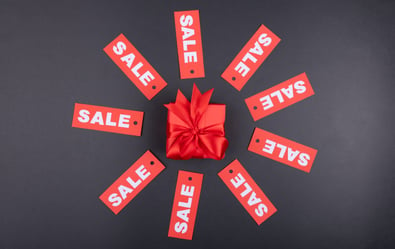 The author of the Book of Wisdom asks, “Who can know God’s counsel, or who can conceive what the Lord intends?” The author gives his answer toward the end of this passage: “Or who ever knew your counsel, except you had given wisdom and sent your holy spirit from on high?”

“In every age O Lord, you have been our refuge.” Throughout the history of Judaism and Christianity God has always been presented as the recourse of those who are troubled. In your darkest times, do you experience God as your refuge?

A reading from St. Paul's letter to Philemon

In ancient times, slaves were often treated cruelly as we might imagine, but there were also slaves who rose to positions of wealth and even authority in the Roman Empire. Onesimus was not one of those elite slaves, but he was much loved and respected by Paul who considered him a brother. Paul writes from prison to Philemon, a leader of the Church in Colossae, asking him to also consider Onesimus as a brother. Paul is not challenging the institution of slavery but rather calling this young man, Onesimus, to a whole new identity.

Tragically, it took thousands of years and hundreds of millions of destroyed lives before slavery came to be regarded as unjust and immoral in much of the world. Yet, even today, there are more than a million people still living in bondage. Let us remember to pray for all those who have lived and died in slavery and for those who are still enslaved.

This is certainly one of the challenging Gospel readings. The context is important. These remarks by Jesus follow his discourse about people being invited to a banquet and giving a variety of lame excuses for not attending (Luke 14: 15-25). Jesus follows this parable with a strong sermon to the crowd following him in which he uses the word “hate” (misein in Greek) in reference to a person’s family. Matthew includes the same account in his Gospel and uses the term equivalent to “love less.”

Jesus is not telling the crowd to hate their families, in the sense that we usually use the word “hate,” but rather saying that anyone who wishes to follow him must make a radical commitment to him, over and above their commitment to their families and possessions. Many did literally leave their families, but many more followed Jesus while remaining with their families, some of whom Jesus visited, partaking of their hospitality at meals. In our own day, many people have answered the call of Jesus and joined religious orders. We owe them our admiration and support for their sacrifice. However, most of us have chosen to follow Jesus as members of families whom we love dearly. It is in our families and the larger family of our community that we are called to follow Jesus.

Jesus also says, “Anyone of you who does not renounce all his possessions cannot be my disciple.” This may be another case of Jesus using what is known as “Semitic exaggeration” to make a point. The challenge for us today is not necessarily renouncing all our possessions but rather rethinking the role our possessions play in our lives. Are we seduced by the call of advertisers to have more and more and the best and the newest rather than sharing with those in need, starting with our families and going beyond when and where we can?

Photograph by Tamanna Rumee on Unsplash..