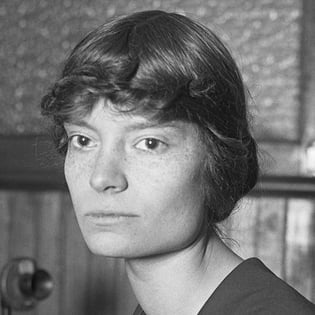 Rabbi Leon Klenicki wrapped up an interfaith-dialogue meeting I attended by saying, “We all believe that the Messiah is coming. Whether it’s the first coming or the second coming we can sort out after he arrives.”

The remark got a good-natured chuckle from the Jewish and Christian people in the room.

Of course, Rabbi Klenicki, a leader in interfaith dialogue, knew that differences between the two religions were more complex than his comment expressed, but still, his message was important.

Amid the information flying past me on the internet recently, I noticed a post by the magazine Commonweal with this statement attributed to Dorothy Day: “We must love to the point of folly.” That is not a soft-soap message from a Hallmark card. That is the unvarnished reality that governs our successes or failures as civilized people, and, for us, as disciples of Jesus.

What Linus recognized was that, without good will, without love, neither brothers and sisters nor nations can get along.

I have noticed, as perhaps you have, that there is an unusual level of anger in the atmosphere these days, manifested by short tempers, harsh dialogues, and, too often, violence. This atmosphere has permeated our politics, our response to the pandemic, our behavior behind the wheels of our cars, how we deal with conflict, and the way we treat each other in innocuous situations.

I recently watched a conversation in a Facebook room about the circumstances under which the child who grew up to be Babe Ruth was consigned to a reform school and orphanage in Baltimore—an event that took place long before any of the chatters were born. It wasn’t long before the conversation deteriorated into insults and name-calling, a phenomenon that is replicated many times every day on social media—in fact, a phenomenon that has been enabled by social media whose users don’t worry about the repercussions of what they post.

We feel helpless when we witness incidents like the bloodshed exchanged by Israelis and Palestinians in a perennial struggle wound up in issues that include history, territorial claims, security, and national and religious identity. And our feeling is valid; there is nothing practical we can do to help resolve that struggle.

But we can proactively work to create at the level of everyday life an atmosphere of good will, of love, that, if it grows and flourishes, can help dissipate the impatience, intolerance, even hatred that poisons our environment. If that sounds naïve, I again invoke Dorothy Day: “We must love to the point of folly.” That is exactly what Jesus preached and practiced and what he called us to imitate. It is radical, which is why it is elusive and why Dorothy Day called it folly, but it is what it means to be a disciple of Jesus.

If we don’t swallow our pride when we are “right” and the other is “wrong”; if we don’t treat others kindly in spite of our differences with them; if we don’t embrace all sorts of people as sharing the same human dignity that God gave us; if we don’t intentionally do these things, who will?

This post was originally published in The Catholic Spirit, the newspaper of the Diocese of Metuchen,