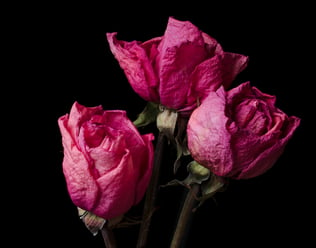 Have you ever thought about how many things are in groups of three? In children’s stories, for example, there are three bears, three little mittenless kittens, three blind mice, and “sugar and spice and everything nice” which are three ingredients of little girls. We also have expressions that focus on triplets, as in the Declaration of Independence: “Life, Liberty, and the pursuit of Happiness.” We might “eat, drink, and be merry” or fall for something “hook, line, and sinker,” “morning, noon and night.” Three seems to be satisfying, almost rhythmical in nature.

If we think about the Blessed Trinity, we know there are three Persons. There are also the three theological virtues of faith, hope, and charity. That reminds me that I have a little book of everyday prayers that contains Acts of Faith, Hope, and Love. Hmm! Maybe I should look them up and use those prayers at the start of each day during Lent? How about you?

Jesus teaches in the parable of the Good Samaritan (Luke 10:25-37) that three people, a priest, a Levite, and a Samaritan, passed an injured man, but only the Samaritan tended to his needs. In all three synoptic Gospels, we read that Jesus took three apostles—Peter, James, and John—to a high mountain where he was transfigured before their eyes. Jesus took the same three men with him when he prayed in the Garden of Gethsemane (Mark 14:33).And Jesus told Peter he would deny Jesus three times before the cock crowed (Matthew 26:34).

When we pray the Stations of the Cross, a popular exercise we use during Lent, we remember that Jesus fell three times on the way to crucifixion. Perhaps we could consider three sinful habits we might rationalize about in our everyday lives and try to honestly face up to and overcome them, even if we have already tried three times. There are three psalms in the Book of Psalms that each have only three verses. It might be comforting idea to pray with Psalm 131 as we try to come closer to the Lord during Lent:

O Lord, my heart is not lifted up,

my eyes are not raised too high;

I do not occupy myself with things

too great and too marvelous for me.

But I have calmed and quieted

that is with me.

O Israel, hope in the Lord

from this time on and

Photo by Michael Dziedzic on Upsplash

The text of Psalm 131 is from the New Revised Standard Version Bible: Catholic Edition, copyright © 1989, 1993 the Division of Christian Education of the National Council of the Churches of Christ in the United States of America. Used by permission. All rights reserved.