The Promise of the Empty Tomb

Early on the first day of the week, while it was still dark, Mary Magdalene came to the tomb and saw that the stone had been removed from the tomb. John 20:1 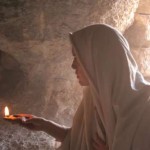 Abandoned by her crack-addicted mother, Christine, who was born with multiple disabilities, spent her first two and a half years in hospitals. Eventually she was released to her grandmother’s custody and was put in a locked room and ignored. Her grandmother referred to her as the “ugly one.” Christine became totally non-responsive—locked away in her own world. When she was almost three years old she was placed in foster care. Sr. Ursula, who became her advocate, looked into Christine’s beautiful eyes and saw a child of God—full of promise and potential. Sr. Ursula made sure that Christine was placed in a loving home and that she received every therapeutic and educational opportunity available. Her foster parents loved her unconditionally and nurtured her. She began to speak and interact with her new family, and her spirit was gradually released and healed. Christine was loved back into life. Recently, Sr. Ursula told me that Christine is always smiling as she radiates life and joy to others. Christine has come forth from the locked room, no longer the “ugly one” but transformed by love into a beautiful child of God.

During this Easter season we hear about the empty tomb and appearances of the Risen Lord to a variety of Jesus’ disciples. In the account in John’s Gospel, Mary Magdalene starts the Easter action by discovering the empty tomb, and in a later scene Mary encounters the Risen Lord. The power of the Spirit and the faithfulness of the Father’s love bring Jesus to new life. The stark emptiness of the tomb reminds us that Christ is not locked away in a different time or place. He lives today in each of us. The tomb couldn't hold Jesus back, nor should we. It is time to unlock the door, open our hearts and allow the Risen Lord to release our spirits and usher in new life. It is a new moment for us, a resurrection opportunity. Now we can start all over. Now we can bury the past; it’s over, it’s forgiven. Because the tomb is empty, Jesus is alive, Jesus is with us now. God is for us, and nothing can separate us from his love and promise of fullness of life.

Sr. Terry is the Executive Director of RENEW International and a Dominican Sister from Blauvelt, NY.