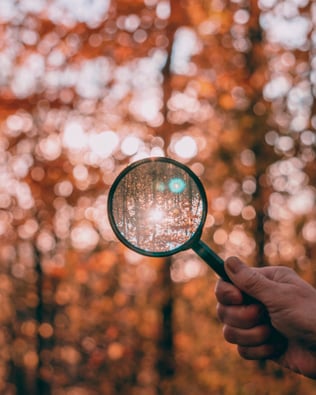 My backyard is populated by lots of squirrels. Part of the reason for the popularity of my property is that my husband loves to feed the squirrels and the birds. He is in the yard daily filling the feeders. It is amusing to watch the squirrels hanging upside down from the bird feeder as they angle for anything edible.

I have noticed that the squirrels are not just typical gray squirrels. Some of the critters have gray bodies with brown tails. Some have brown ears, and some have white ears! It is fun to give them names, although I really don’t know which white-eared squirrel is which. There are more than one “Mr. White Ears” and surely multiple “Missy Brown Tails.” It is entertaining to see the squirrels feeding and to look again to be more specific about who the voracious creatures are at any given time.

Lots of things in life require a second look—.and maybe even a third and fourth. Different perspectives can lead to different judgements and varied conclusions. New details can come to the forefront. Different lights can show different angles. Snap judgements and stubborn opinions can prove iffy. Beautiful things can be even more beautiful. In some instances, a little extra time for consideration can be beneficial.

For example, did you ever read the same Bible passage three times at the same sitting? Did you ever visualize yourself, for example, standing in the stable and actually paying a visit to Mary and her new baby? I saw a television program about Jesus’ birth, and the speaker suggested that the manger, an animal’s feeding trough, could have been made of stone and not wood as we usually see depicted on Christmas cards. Hmm. Look again!

As we read of the miracles Jesus performs, we look again at the lepers who are no longer lepers. Look at their skin! They are healed! Jesus walks on water! Look again, apostles! At first you thought it was a ghost! The crowds of people are hungry! Look again at how much bread and fish are left over after the crowd has been satisfied! John the Baptist was baptizing, but look again: now Jesus is baptizing in the region of Judaea, and many people are coming to him!

How about the subject of repentance? Do we know only one way of repenting? Can we get creative? Might we look at our repeated sins in a new way and figure out better ways to adjust our attitudes and habits? Can we make our near occasions of sin not so near? Atonement could give us renewed hope in our ability to try again.

Psalm 149 is used in the liturgy at this time of year, so let’s look at some verses again:

Sing to the Lord a new song,

his praise in the assembly of the faithful. (v. 1)

Let the faithful exult in glory;

Think of new ways to praise the Lord, whether in the assembly or on our couches! A new year with new chances to come closer to Jesus when we look again at his love for us!

Photo by Sam on Unsplash

Scripture passages are from the New Revised Standard Version Bible: Catholic Edition, copyright © 1989, 1993 the Division of Christian Education of the National Council of the Churches of Christ in the United States of America. Used by permission. All rights reserved.