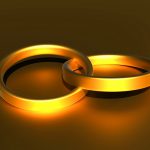 This is the ancient story in which God creates woman from the rib of the man. It is a parable with a powerful message but one that has been used for centuries to defend the primacy of men over women on the premise that woman came from man. However, the text itself has quite a different meaning.
When God brought the woman to the man, the man said: “‘This one, at last, is bone of my bones and flesh of my flesh; this one shall be called ‘woman,’ for out of ‘her man’ this one has been taken.’ That is why a man leaves his father and mother and clings to his wife, and the two of them become one flesh.”

The two become one flesh—an image that implies that they are equal partners. Yet for generations, people have used this passage to justify subjugation of women in civil society and in religious traditions, including our own. It often has been a foundation for male patriarchy rather than an insight into a breakthrough many thousands of years ago that spoke of the equality of men and women.

Our society is in creative turmoil on the issue of women’s rights in all dimensions of life, including that of institutional religion. We have come a long way, but we still have a long way to go, especially we men who are beginning to understand and even to feel the toxicity of sexism.

“May the Lord bless us all the days of our lives.” Do you feel that God has blessed you every day? When you are having a bad day after several bad days it might not feel that way. But then, something positive happens, you receive a gift, no matter how small. Let us be thankful even for small gifts.

A reading from the Letter to the Hebrews
(Chapter 2:9-11)

“Brothers and sisters: He ‘for a little while’ was made ‘lower than the angels’ that by the grace of God he might taste death for everyone. For it was fitting that he for whom and through whom all things exist, in bringing many children to glory, should make the leader of their salvation perfect through suffering.”

You and I believe in Jesus as a “suffering servant” who died a horrible death for us. No other people believe in such a reality—a God who becomes one of us and then dies for us. That is how much our all-loving Father loves us. He became one of us, shared our human reality, and embraced us as no other deity is reputed to have done. But, of course, it does not end with his death. Christianity would not be the faith that we believe in and live without the resurrection of Jesus and our own resurrection.

A reading from the holy Gospel according to Mark
(Chapter 10:2-16)

The first part of this reading is about a confrontation that Jesus has with the Pharisees who ask him, “Is it lawful for a man to divorce his wife?” In the Law of Moses, there were certain circumstances in which a man could divorce his wife. But a wife could not divorce her husband, period. Jesus responds, “So they are no longer two but one flesh. Therefore, what God has joined together, no human being must separate.” Jesus does not approve of men using the Law of Moses to do what women were not allowed to do—divorce.

The second part of this reading has to do with the love Jesus had for children: “And people were bringing children to him that he might touch them, but the disciples rebuked them. When Jesus saw this he became indignant and said to them, ‘Let the little children come to me; do not prevent them, for the kingdom of God belongs to such as these. Amen I say to you, whoever does not accept the kingdom of God like a child will not enter it.’ Then he embraced them and blessed them, placing his hands on them.”

What a beautiful passage, but what does it mean beyond the obvious love that Jesus had for children? What does it mean to “accept the kingdom of God like a child?” Is Jesus asking us to be childish? No. Rather, he is asking us to be “childlike,” being open to God’s unconditional love, accepting all the love and gifts that God gives us, even amid pain and suffering. Later in Jesus’ story, we learn just what being faithful to God in the deepest suffering really means. Jesus did it and broke through death in his resurrection, and so can we.