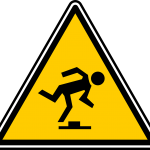 A reading from the Book of the Prophet Jeremiah
(Chapter 20:7-9)

Being a prophet of God has never been easy for anyone, but for Jeremiah it was excruciating: “I say to myself, I will not mention him, I will speak in his name no more. But then it becomes like a fire burning in my heart, imprisoned in my bones; I grow weary holding it in, I cannot endure it.” Wow! Talk about suffering and unhappiness, and this is only one of Jeremiah’s famous lamentations. Jeremiah had much to be unhappy about. God asked him to deliver a powerful message of repentance to the people in a time of crisis. Jeremiah did, and the people hated him for it and tortured him, imprisoned him, and tried to murder him. No wonder he was so angry with God; and yet, he stayed on message, faithful to his call.

Have you ever had an especially difficult call from God? Maybe it did not entail such a dangerous undertaking, but it had a painful effect on you. Perhaps it was the loss of someone you loved, a long illness, another kind of tragedy. Or perhaps it was having to stand up for truth and love in the face of rejection and condemnation. Whatever it was, you need not be alone in your suffering. A willing listener may not heal your pain but may lighten your load.

“My soul is thirsting for you, O Lord my God.” This is the prayer of a man who lived in the desert and knew what it meant to be thirsty every day. We have only to turn on a faucet to quench our thirst, and we have only to ask God for the water of life, and we will receive.

“Do not conform yourselves to this age but be transformed by the renewal of your mind that you may discern what is the will of God.” Rome, in Paul’s time, was a very sophisticated, cosmopolitan city. The Romans had brought clean water through a series of aqueducts as well as the best roads and architecture of the time, but they had also brought many false gods, a violent tyranny, and racist repression of Jews and other minorities. However, since the overall material standard of living was better than it was in most places in the ancient world, Christians could easily fall away from the deeper truth.

I think Paul would see a parallel in our society today with all its modern wonders but also with the over-the-top graphic violence, extreme injustice, distortions of sexuality, and worship of the false god of greed. He would ask us again to “be transformed by the renewal of your mind.”

A reading from the holy Gospel according to Matthew
(Chapter 16:21-27)

Have you ever tried to think as God does? Suppose someone treats you unjustly and tries to make it feel as if it is your fault. You’re furious, and rightfully so, but what do you do? Do you focus your righteous anger on the offender and go after him or her? Or do you step back, ask someone you trust for advice, and then move forward, not seeking revenge but rather truth and justice? Suppose someone betrays your trust on a very important matter in such a way that your reputation is at risk? Or think of something that has actually happened to you. Did you respond in God’s way or in your way?

Jesus never asked Peter to be perfect. He knew all too well that Peter was an impetuous, imperfect man, but he challenged Peter to think “as God does.” It did not always work for Peter, and it won’t for us either, but we can try, one step at a time, one decision at a time, one move, one word that is more loving, more compassionate than before.