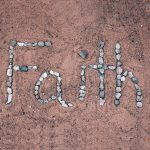 The context for this passage is the return of the Jewish people from exile in Babylon in the sixth century before the birth of Jesus. Isaiah starts off with a call and a promise: “Thus says the Lord: Observe what is right, do what is just; for my salvation is about to come, my justice, about to be revealed.” There were many foreigners who wanted to convert to Judaism. “Them I will bring to my holy mountain and make joyful in my house of prayer…. For my house shall be called a house of prayer for all the peoples.” Isaiah is proclaiming a much more inclusive religion, one that welcomes foreigners.

Our Catholic Church in the United States has always welcomed immigrants and foreigners, including our own ancestors. Today, immigrants are still a growing part of our Church and we welcome them.

“O God, let all the nations praise you.” Imagine, if that really happened!

Paul refers to himself as “the apostle to the Gentiles,” and he is saying that both Jews and Gentiles have a history of rejecting Jesus. Yet, from their disobedience has come reconciliation. “For if their rejection is the reconciliation of the world, what will their acceptance be but life from the dead? … For God delivered all to disobedience, that he might have mercy upon all.”

God made a promise to the Jewish people and, even though many of them rejected Jesus as the Messiah and the Son of God, the promise remains. “Just as you once disobeyed God but have now received mercy because of their disobedience, so they have now disobeyed in order that , by virtue of the mercy shown to you, they too may now receive mercy. … For God delivered all to disobedience, that he might have mercy upon all,”

Have you thought very much about God’s mercy? Pope Francis has and has written about mercy because he experienced it many years after he made a decision that harmed some of his fellow Jesuits in Argentina.

Whatever you or I may have done, the loving mercy of God is always there for us. We need only ask for it and express genuine sorrow.

A reading from the holy Gospel according to Matthew
(Chapter 15:21-28)

Matthew wrote his Gospel especially for his fellow Jews. So, at first, he has Jesus being reluctant to deal with a Canaanite woman because she was not a Jew. “Have pity on me, Lord, Son of David! My daughter is tormented by a demon.” The disciples were annoyed at her. “Send her away, for she keeps calling out after us.” But the woman did not give up. “Lord, help me.” Then, Jesus said something that seemed to be a rejection: “It is not right to take the food of the children and throw it to the dogs.” The woman was desperate and not deterred. “‘Please, Lord, for even the dogs eat the scraps that fall from the table of their masters.’ … Jesus said to her in reply, ‘O woman, great is your faith! Let it be done for you as you wish.’ … And the woman’s daughter was healed from that hour.”

The lesson for us is perseverance, even when we too are desperate, frustrated, and almost without hope. God hears us but not necessarily on our time.