'Hear the Word!' by Bill Ayres: Third Sunday of Advent 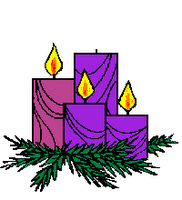 Have you noticed the continuity between the Hebrew scriptures, especially the Prophets, and the Gospels? That is because Jesus was a practicing Jew, a rabbi, a respected teacher and preacher who had studied and often referred to the scriptures of his people. Jesus quoted the first two lines of this passage, as we read in the fourth chapter of Luke’s Gospel. Jesus is telling the people who he is and what his mission is. He uses these words of Isaiah: “The spirit of the Lord God is upon me, because the Lord has anointed me.” He is the fulfillment of God’s promise to Israel, and his mission is to heal, to bring freedom and justice to the people, and to proclaim God’s favor, God’s reign.

Isaiah is saying these words at the end of the long Babylonian Exile. Jesus says them many centuries later to assure people that he has come to free them from their present captivity and proclaim the reign of God.

This week’s “psalm” is not from the Book of Psalms but rather the beautiful Magnificat prayer of Mary that may have its roots in the song of Hannah in the First Book of Samuel. “My soul proclaims the greatness of God,” Mary sings. Her soul and her whole life certainly did just that. It is a powerful prayer to say at any time, but especially now.

A reading from the first Letter of Saint Paul to the Thessalonians 5:16-24

Here we have Saint Paul dealing once again with one of the major crisis points and questions in the early Church. The question for them, which is not so important to us, was when the Lord would come again at the end of time. People in the early Christian community thought Jesus was coming in their lifetime. Of course, he did not, but Paul’s advice to the Thessalonians was on target nevertheless. “Rejoice always…. Do not quench the Spirit…. Refrain from every kind of evil.” It was good advice then, and it is now for us. This is a time for rejoicing, not just giving and receiving gifts. It is also a time to prepare for the coming of Jesus into our lives on a deeper level. How are you preparing the way for Jesus coming to you?

John the Baptist knows who he is. He does not have an identity crisis or a crisis over his vocation. He never thinks he is more than he has been called to be. It would be a wonderful gift if all of us knew our true identities and calling. For most of us, learning that is a lifelong process. As we go on our journey into the mystery of God’s love, we are given many gifts, challenges, hardships, and healings. Numerous people appear in our lives. Some pass almost unnoticed, but others make their mark, sometimes happily and other times not. Can we humbly accept the gifts and use them well, treat the people with respect, whoever they may be, and keep our hearts open to wonder and joy even in the hard times of rejection, failure, or loss? John the Baptist was murdered, but his mission was not a failure. He died for Jesus as the first Christian martyr. We are called to live for Jesus.