Hear the Word! by Bill Ayres: Second Sunday of Advent 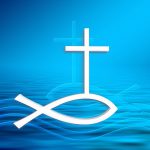 A reading from the Book of the Prophet Baruch
(Chapter 5:1-9)

The Hebrew word baruch means “blessing.” The man Baruch was said to have been a scribe of the prophet Jeremiah, but this book was written much later than the time of Jeremiah, around the era of the Maccabees when the Jews were being persecuted by the Greeks:

“Jerusalem, take off your robe of misery and mourning; put on the splendor of glory from God forever. … For God will show all the earth your splendor: you will be named by God forever the peace of justice, the glory of God’s worship.”

This is similar to messages of hope attributed in Scripture to a series of prophets who lived over many centuries. Throughout their history, the people of Israel were subjugated by other countries and rulers, and yet, they never gave up hope. One of the roles of the prophets was to give the people hope but also to remind them of God’s great love and mercy in the midst of their suffering. It is a powerful message for us today in the midst of the crises we face as a country and as a people of faith.

“The Lord has done great things for us, we are filled with joy.” Think for a moment of all the great things that the Lord has done for you. Allow yourself to rejoice in God’s goodness to you and experience the joy, even—no, especially—in your times of sorrow, disappointment, or suffering.

Paul traveled all over what is now Israel, Syria, Lebanon, western Turkey, Greece, and eventually Italy, but he never forgot the people he loved so much in the city of Philippi: “I pray always with joy in my every prayer for all of you, because of your partnership for the gospel from the first day until now. … God is my witness, how I long for all of you with the affection of Christ Jesus. And this is my prayer: that your love may increase ever more and more in knowledge.”

Paul had a hard, often torturous life preaching the Gospel of Jesus. Without Paul, Christianity would not have flourished as it did in the decades after Jesus died. He was a dedicated, passionate man who was sometimes wrong but who always followed the man he had never met, Jesus Christ. Think of him sometimes as you travel in your car or on a train or plane, none of which had been invented in his time. His road was hot and dusty, often dangerous and always tiring, but he found peace and love among the many who heard and followed him, including his beloved Philippians.

A reading from the holy Gospel according to Luke
(Chapter 3:1-6)

Luke introduces us to John the Baptist by mentioning many of the leading political and religious leaders of the day. But then Luke tells us that “The word of God came to John, the son of Zechariah in the desert. John went throughout the whole region of the Jordan, proclaiming a baptism of repentance for the forgiveness of sin.” Luke then has a long passage from the prophecy of Isaiah that ends with these words: “and all flesh shall see the salvation of God.”

The Jewish people were familiar with a form of baptism that was for the forgiveness of sins. That is what John preached. Jesus brought a different form of baptism—the sacrament that we know today that brings us the everlasting presence of the Holy Spirit. Jesus referred to John as the greatest of all the prophets, and John led many to Jesus. We always think of him as the one who prepared the way of the Lord.

Most of us were baptized as infants, and we may not have been told about the true meaning of baptism when we grew up. It is no less a gift than the presence of the Holy Spirit. I say it again here because it is life-changing. We are never alone. God’s Spirit is always with us. How often do you think about your life partner, and pray to the Holy Spirit? It could be a life-changer.