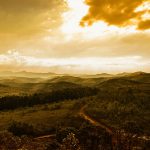 “Amaziah, priest of Bethel, said to Amos, ‘Off with you, visionary, flee to the land of Judah! There earn your bread by prophesying, but never again prophesy in Bethel.” Amaziah is protecting his own turf and accusing Amos of being a prophet for money. Amos assures him that he is not a prophet but instead is “a shepherd and a dresser of sycamores.” But then, “The Lord took me from following the flock, and said to me, ‘Go prophesy to my people Israel.’ ”

People like Amos do not wake up one day and say, “I think I want to be a prophet.” No! A prophet has to be called by God, and Amos was indeed called by God. Of course, Amaziah could not see any of that, and so he refused to honor God’s call to Amos.

Amos preached against the corruption of the kingdom and the neglect of the poor, so like most prophets he was not popular in his time.

“Lord, let us see your kindness, and grant us your salvation.” God’s kindness is always there for us even when God seems so far away and silent. Often, we can meet God in that very silence if we can shut off all the everyday noise and listen.

A reading from the Letter of Saint Paul to the Ephesians
(Chapter 1:3-14)

Here we have a powerful statement about our redemption: “In him we have redemption by his blood, the forgiveness of transgressions, in accord with the riches of his grace that he lavished upon us.” Then later we hear. “In him you also, who have heard the word of truth, the gospel of your salvation, and have believed in him, were sealed with the promised Holy Spirit, which is the first installment of our inheritance toward redemption.”

Many scripture scholars believe that Paul wrote this letter while in prison in Rome where he would be executed. The letter was passed around the various Christian communities for the next twenty years as a summary of just what salvation in and from Jesus Christ really meant. As we hear it today, we know that it is about our redemption that has already started with the presence of the Holy Spirit within our very being NOW, in this life which Paul calls “the first installment of our inheritance toward redemption.” Yes, our redemption has already started.

A reading from the holy Gospel according to Mark
(Chapter 6:7-13)

Jesus sends the apostles out two by two but with only the bare bones for travel: a staff and sandals but only one tunic and “no food, no sack and no money in their belts.” “Wherever you enter a house,” he tells them, “stay there until you leave. Whatever place does not welcome you or listen to you, leave there and shake the dust off your feet in testimony against them.” These are not easy journeys. We know that all the apostles except John were murdered, martyred for the cause; but while they were alive they continued the work of their leader. “The Twelve drove out many demons, and they anointed with oil many who were sick and cured them.” Many people accepted the “Good News” of salvation, but many more did not. The Romans thought Christians were another dangerous cult, and many Jews also believed Christians were a danger to the established order. Yet, the disciples moved on, and their communities multiplied from villages, to towns, to cities, including Rome. Some people accepted Jesus as the long-awaited Messiah, and many more accepted Jesus as God himself, sent by the Father to save all people. Because of their courage and determination, we share their faith. It is an amazing gift that the apostles have given to us, their legacy in faith. Let us remember to be thankful to them who gave their lives for us and for centuries of believers.