'Hear the Word!' by Bill Ayres: First Sunday of Advent 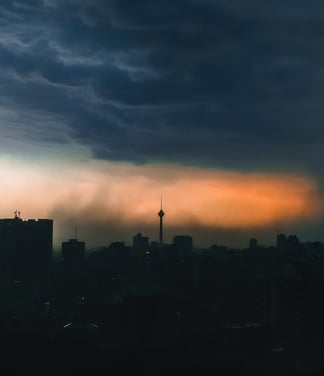 This is a prophecy by Jeremiah for the Jewish people who had suffered from the long exile in Babylon. “The days are coming says the Lord, when I will fulfill the promise I made to the house of Israel and Judah. In those days, in that time, I will raise up for David a just shoot; he shall do what is right and just in the land. In those days Judah shall be safe and Jerusalem shall be secure.”

The early Christians and we today believe that Jesus was the person that Jeremiah foretold. This person was the Messiah, but much more than that, he was the Son of God, finally coming after all those generations to save his people. At the time, many believed but many did not, and that is still true today. Many who were brought up as followers of Jesus have rejected him. Just as God did not forsake the people who rejected him 2,000 years ago, we should not reject those of our families and friends who have drifted away now. Our God is a God of mercy and forgiveness.

“To you O Lord, I lift my soul.” Do you ever “Lift your soul” to God? It does not have to be a formal prayer. It can simply be an awareness of God’s loving presence.

A reading from St. Paul's first letter to the Thessalonians

At this point in his life, Paul actually believed that Jesus would soon come again. “Brothers and sisters: may the Lord make you increase and abound in love for one another and for all, just as we have for you, so as to strengthen your hearts, to be blameless in holiness before our God and Father at the coming of our Lord Jesus with all his holy ones.”

The early Christians were always in danger of persecution by the Romans and expulsion from their synagogues as heretics by their fellow Jews. So Paul was trying to encourage them to hold on because Jesus was coming back soon. Of course, Jesus was not returning in that generation, as Paul came to realize. But for many years Christians expected that second coming. Imagine yourself as a semi-literate peasant two thousand years ago placing all your faith in something that never happened and still has not happened. How would you have continued to believe? Yet, most did believe, and many gave their lives for their beliefs. They are the many unremembered heroes among our spiritual ancestors.

If you wonder why so many people in the first century believed that Jesus was coming back soon, then read this: “Jesus said to his apostles: “There will be signs in the sun, the moon, and the stars, and on earth nations will be in dismay, perplexed by the roaring of the sea and the waves. People will die of fright in anticipation of what is coming upon the world, for the powers of heaven will be shaken. And then they will see the Son of Man coming in a cloud with power and great glory. But when these signs begin to happen, stand erect and raise your heads because your redemption is at hand.”

This is what is called apocalyptic language, language that had been used for centuries before Christ to depict the end of the world. Jesus had heard this language and here is giving it a far different meaning. Instead of spreading terror, Jesus is telling people that this will be the time of their redemption, a reason to rejoice. Of course, nowhere did he say it was coming soon, and yet that is how Paul and many in the early Church understood it. So, here we are today, and Jesus has not come again. The world has not been destroyed despite all the devastation we humans have brought to it, and Jesus’ promise is still before us. Whenever he comes, it will be a day of redemption for those who believe in the Gospel.

Photo by Khashayar Kouchpeydeh on Unsplash.