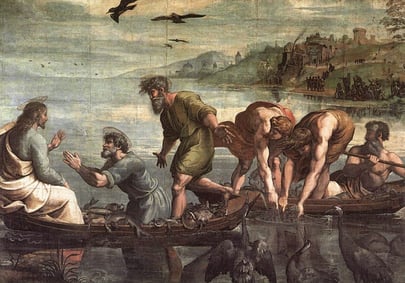 Last week, we read about the call to Jeremiah to be a prophet and his reluctance because he thought he was too young. Today, we read about God’s call to Isaiah who said he was unworthy. Isaiah’s first response was, “Woe is me, I am doomed.” That is not exactly the kind of response we might have expected but, that is what it was. Why?

Being a prophet is an awesome responsibility but, in both cases, God assured the would-be prophets that he was with them: “Whom shall I send? Who will go with me?” Then, with that assurance, Isaiah did not hesitate: “Here I am, send me.”

Most of us are not called to be prophets in that total life-giving sense, but we are often called to say or do something that is challenging, and sometimes we may feel threatened in such situations. “If I say these words, will people reject me?” “If I do not follow the crowd, will they cut me off or put me down?” It is hard to know when to speak up and when to let something go, at least for the moment. The key is to do what Saint Paul wrote in the letter we read from last week: Speak the truth with love, meaning not with criticism or rejection. Imagine if the leaders of our society talked that way. Imagine if everyone in our families talked that way. Then we could speak the more difficult truths to one another without fear of rejections or reprisals.

Paul makes it clear in this letter that he has been a sinner, a persecutor of the young Christian community, “not fit to be an apostle.” However, Paul does not stop there. He tells his readers that he has moved on: “By the grace of God I am what I am, and his grace to me has not been ineffective.”

I suppose that every one of us can say, “I am what I am.” It means we need to accept ourselves as we are—not as someone else would want us to be, but as God’s grace, his very life in us, has made us to be. Like Jeremiah and Isaiah and Paul, we are never alone. God’s grace, his presence, is always within us. We have received the same mercy that Paul received, and we are called to give it away, to share it with those whose lives we touch. It is not as though we are forcing God’s grace on anyone but rather that we are being present to them in a loving way.

Luke’s description, in this passage, of the enormous catch of fish should have a familiar ring. Recall, for example, the miracle that launched Jesus’ public life—the water made wine at the marriage feast in Cana. The amount of wine the author of John’s Gospel describes in that episode was far more than required at a party that had already been in progress for some time. Think, too, about the instances in which Jesus fed crowds of people with fish and bread so abundant that there was plenty left over. All of these images illustrate Jesus’ message that the love and mercy that God offers us is bountiful, inexhaustible, more than we could ever need.