Up For the Counting 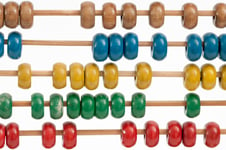 So many of us are counting things every day. We may have been cautioned to count to 10 before losing our temper. We have fitness trackers so we can count our steps; some of us count our daily food calorie intake; lately, we have been counting ballots in important elections. We can get caught up in all the bad news about the economy or the pandemic and have to remind ourselves to count our blessings at the end of each day.

In the Bible, there are so many examples of tabulating countable things such as peoples, tribes, nations, and blessings. In Genesis 15:5-6, for example, God talks with Abram about counting:

He brought him outside and said,
“Look toward heaven and count the stars,
if you are able to count them.” Then he said to him, “
So shall your descendants be.”

Jesus certainly knew about counting. Take, for example, the conversation he had with Peter in Matthew 18:21-22:

Then Peter came and said to him,
“Lord, if another member of the church sins against me,
how often should I forgive? As many as seven times?
Jesus said  to him, “Not seven times,
but I tell you, seventy-seven times.”

We are made aware in Mark’s Gospel (6:30-44) about Jesus’ feeding five thousand followers using only five loaves of bread and two fish.

And all ate and were filled; and they took up twelve baskets full of broken pieces and of the fish. (Vs 42-43)

So obviously, someone was counting people, loaves, fish, and baskets.

As a little child going to confession, I was taught to tally up my sins and report my list of infractions to the priest. How many times—count ’em—did I tell a lie? How many times did I disobey my mother? It was possible to picture God sitting up above with a big ledger, keeping a running list of my sins. As I grew up, I learned that image of God was incorrect. Fortunately, we can find forgiveness in the sacrament of reconciliation after confessing more of our sinful tendencies or habits, and not itemized, numbered lists. How blessed we are, as we are reminded in the Lamb of God prayer—the Agnus Dei—we say at every Mass, that Jesus takes away the sins of the world. When I look around, it is overwhelming to try to imagine how to count how many sins there are and have been, over the centuries, in the world! Thank you, Jesus! And thank you, forgiving, merciful Father!

With Advent coming soon, we certainly will be hearing about Advent Calendars and counting down until the feast of the Lord's Nativity. I like to think of Ad-vent as a season during which I can add an extra spiritual practice or maybe a longer prayer time every day. I might include some readings from thanksgiving psalms, such as Psalm 40, from which I quote verse 5:

You have multiplied, O Lord my God, your wondrous deeds
and your thoughts toward us; none can compare with you.
Were I to proclaim and tell of them,
they would be more than can be counted.