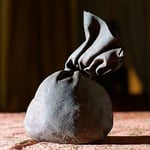 “When one finds a worthy wife, her value is far beyond pearls. Her husband, entrusting his heart to her, has an unfailing prize. She brings him good, and not evil all the days of her life.”

This was written thousands of years ago when women were usually seen as subordinate and undervalued. So, the author calls her a “prize” which we would see as an inappropriate term at best. Yet, he also says that her husband is “entrusting his heart to her.” That is amazing, to entrust your heart to your wife or husband. If you are married, reflect on that most powerful bond that you have with another person, the one to whom you have entrusted your heart. It is not always smooth sailing, but you have found the person who is sharing your lifelong journey. Rejoice!

“Blessed are those who fear the Lord.” This is one of the most misunderstood lines in all of the scriptures. Over the centuries, people in power have used this expression, “fear of the Lord,” to bully and control and even enslave people. The Psalmist uses the word to mean reverencing and honoring the Lord. If we do that, it frees us to have a healthy and loving relationship with the Lord.

A reading from the Letter of Saint Paul to the Thessalonians

“For you yourselves know very well that the day of the Lord will come like a thief at night…. But you, brothers and sisters, are not in darkness, for that day to overtake you like a thief. For all of you are children of the light and children of the day. We are not of the night or of darkness. Therefore, let us not sleep as the rest do, but let us stay alert and sober.”

Paul wants the Thessalonians to know that the false security that the Roman Empire offers to its neighbors will not save them. It is darkness, but Jesus brings light.

We also need to beware of so many modern kinds of darkness: materialism, greed, disrespect for life, racism, economic injustice, and a false sense of security that can come from our own power, prestige, and possessions. Instead, we need to live in the light of the Holy Spirit who lives within each of us and among us.

The parable Jesus tells in this passage is difficult for us, because it comes from a very different world of servants and a master which we have grown beyond in our democracy:

“A man going on a journey called his servants and entrusted his possessions to them. To one he gave five talents; to another, two; and a third, one—to each according to his ability. Then he went away. Immediately, the one who received the five talents went and traded with them and made another five. Likewise, the one who received two made another two. But the man who received one went off and dug a hole in the ground and buried his master’s money. After a long time the master of those servants came back and settled accounts with them. The one who had received five talents came forward bringing the additional five. He said, ‘Master, you gave me five talents. See, I have made five more.’ His master said to him, ‘Well done, my good and faithful servant. Since you were faithful in small matters, I will give you great responsibilities. Come share your master’s joy.’”

The man who had two talents and made two more also was rewarded. But the man who received only one talent said, “Master, I knew you were a demanding person, harvesting where you did not plant and gathering where you did not scatter; so out of fear I went off and buried your talent in the ground. Here it is back.” The master was angry and told the man that he could have at least put the money in a bank so that it would earn interest. The master ordered that the one talent be given to the servant who had ten and added, “And throw this useless servant into the darkness outside….”

This does not sound like the God of mercy and love that Jesus preached. However, Jesus was making a different point here. The man with the one talent became fearful and passive instead of making the most of what had been entrusted to him. Let us not be fearful or lazy in using our gifts for good in service of our sisters and brothers.

Topics: a reflection on the coming Sunday's Gospel, Book of Proverbs, catholic program renew, Gospel According to Matthew, Jesus Christ, renew catholic program, RENEW International, Letter of St. Paul to the Thessalonians, Psalm 138, parable of the talents, worthy wife, like a thief at night