The Everyday Gospel: The Solemnity of the Ascension of the Lord 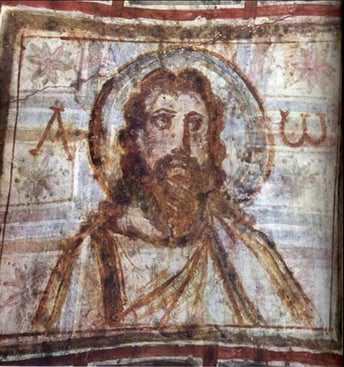 Note: In some dioceses, the celebration of the Solemnity of the Ascension of the Lord is transferred from the traditional date, 40 days after Easter, to the Seventh Sunday of Easter.

This reading describes the episode in which the risen Jesus, who had appeared alive to his apostles on several occasions, finally disappears. The author reports that “he was lifted up and a cloud took him from their sight.’’ The apostles, as one might expect, were dumbfounded, having never witnessed or even imagined such a thing. Then, the account goes on, two men in white confronted the apostles and asked, “Why are you standing there looking at the sky?” The men went on to say that Jesus would return, which is part of our faith. That abrupt question—“Why are you standing there looking at the sky?”—didn’t imply that they should go back to their former trades and wait for Jesus to reappear. On the contrary, it implied that they should get busy spreading the word that Jesus had conquered sin and death, was alive, and was inviting all people to encounter him and carry on his work of healing, generosity, and justice. It’s the same invitation he extends to us.

The author of this letter is encouraging early Christians, and us, to persevere in the faith which, perhaps, they, like the ancient Hebrews, found too demanding. Love one another? Forgive one another? Give of your substance not of your excess? Be true in your relationships? These commandments speak directly to our interior lives, and it is tempting to disregard them. But the letter refers to “the judgment” that comes after earthly life, it immediately shifts its focus to Jesus’ sacrifice and the promise that flows from it—the promise of life forever in the presence of God. So while the occasional stumble from the path is part of our human condition, the writer’s rousing conclusion is this: “Let us hold unwaveringly to our confession that gives us hope, for he who made the promise is trustworthy.”

As though to validate my comment in the first reflection—namely, that Jesus did not intend for his disciples to go back to their former occupations—Luke’s Gospel reports that Jesus told them, “Thus it is written that the Christ would suffer and rise from the dead on the third day and that repentance, for the forgiveness of sins, would be preached in his name to all the nations….” And God’s plan wasn’t that the preaching should stop when those disciples were gone, but rather that others should continue proclaiming the Good News of Jesus, raised from the dead—others including us, the disciples of the 21st century. That’s what the liturgy means when it tells us at the end of each Mass to “Go.” Go and preach the gospel.

Image: Christ as the alpha and the omega, Roman catacombs, fourth century AD.