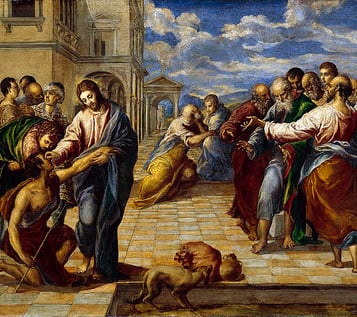 “The Lord has delivered his people, the remnant of Israel. Behold, I will bring them back from the land of the north; I will gather them from the ends of the world, with the blind and the lame in their midst, the mothers and those with child; they shall return as an immense throng.”

Jeremiah is talking about the return of the Israelites from exile. But how are we to think of exiles returning today? There are almost 20 million exiles in our world now and the number is growing each year. Most are from Syria, Iraq, Sudan, Myanmar, Afghanistan, Niger, the Central African Republic, and several countries in Central and South America. Many of them are women and children fleeing violence, hunger and abject poverty. Some western countries have opened their doors to the refugees others have not. It is a very complex issue, but we need to hold these people in our hearts and do what we can to change hostility toward refugees, knowing that most of us have ancestors who were also refugees.

“The Lord has done great things for us; we are filled with joy.” What great things has the Lord done for you? Have you been thankful? Has it brought you joy? How do you express your joy and thanksgiving?

The author of the Letter to the Hebrews is talking in this passage about the role of high priest in the Jewish religion. “Every high priest is taken from among men and made their representative before God, to offer gifts and sacrifices for sins. He is able to deal patiently with the ignorant and erring, for he himself is beset by weakness and so, must make sin offerings for himself as well as for the people. No one takes this honor upon himself but only when called by God as Aaron was.” The role of high priest was an enormously important part of the Jewish tradition of the time, and the author makes it clear that the person is “beset by weakness.” He was to be a servant, not someone to laud it over the people. Of course, it did not always work out that way and has not throughout history.

The main point of the reading, though, is that even Jesus was called by the Father. “In the same way, it was not Christ who glorified himself in becoming high priest, but rather the one who sent him…. You are my son: this day I have begotten you.” Jesus was called by the Father and responded as our “suffering servant.” It is the same today in our Church. People are called to priesthood by our Father to serve all of us.

As Jesus leaves Jericho there is a blind beggar on the side of the road named Bartimaeus. “On hearing that it was Jesus of Nazareth, he began to cry out and say, “Jesus, Son of David, have pity on me.” Jesus stopped and said, “Call him.” So they called the blind man, saying to him, “Take courage; get up, Jesus is calling you…. He threw aside his cloak, sprang up, and came to Jesus.” So then Jesus asked what the blind man wants him to do. The man replied, “Master, I want to see.” Jesus told him, “Go your way; your faith has saved you…. Immediately he received his sight and followed him on the way.”

Notice that the man called Jesus “Son of David.” He knew that this was not just any man, any healer, and he was saved by his faith in Jesus whom, he had recognized, was in the tradition of the great King David. And then, the man did not go away but “followed him on the way.”

Have you ever experienced a physical, emotional, mental, or spiritual healing or the healing of a relationship that you believe may have come from Jesus even though it also had a medical dimension or was a healing that came through another person? If so, give thanks. If not, think again. Maybe you missed the other dimension of that experience or never thought of it as a healing.