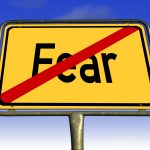 Being a prophet at any time is challenging, but Jeremiah had an especially difficult time fulfilling his calling. He said, “I hear the whisperings of many: ‘Terror on every side! Denounce! Let us denounce him!’ All those who were my friends are on the watch for any misstep of mine. ‘Perhaps he will be trapped; then we can prevail and take our vengeance on him.’” Jeremiah trusts in the Lord: “But the Lord is with me, like a mighty champion: my persecutors will stumble, they will not triumph.” Then he says a prayer of thanksgiving. “Sing to the Lord, praise the Lord, for he has rescued the life of the poor from the power of the wicked.”

Jeremiah had amazing trust in God during horrible persecution and near death. Whatever our trials during this pandemic, let us maintain trust in our loving Father.

“Lord, in your great love, answer me.” Have your prayers ever been answered? How did it happen? Did it take a long time, or was it a quick response? Did you think that God had forgotten about you? Later, did something else appear that was not what you asked for but turned out to be what you really needed?

A reading from the Letter of Saint Paul to the Romans
(Chapter 5:12-15)

Rome was the largest city in the world in the first century, and it was home to many different religions. Paul wanted the Roman Christians to know that their religion was new, and that Jesus was in a sense the new Adam.

“Through one man, sin entered the world.” By that, Paul meant Adam.

“For if by the transgression of the one the many died, how much more did the grace of God and the gracious gift of the one man Jesus Christ overflow for the many.”

Because of Jesus, sin no longer rules the world. Of course, the people all knew that evil did rule their world in the form of the Roman Empire, but there was now a more powerful force that can overcome even death because of Jesus Christ. Paul wanted to give the Romans hope even in the face of an oppressive regime, the hope of everlasting life.

A reading from the holy Gospel according to Matthew
(Chapter 10:26-33)

Jesus said to the Twelve: “Fear no one.” What? Many of the temple leaders hated them and even wanted to kill them. Shouldn’t they be afraid? “Nothing is concealed that will not be revealed, nor secret that will not be known. What I say to you in the darkness, speak in the light, what you hear whispered, proclaim on the housetops. And do not be afraid of those who kill the body but cannot kill the soul, rather, be afraid of the one who can destroy both soul and body in Gehenna.”

This was good and necessary advice for people who had to face danger from the state and those who did not believe in Jesus.

Today, we have dangers from all sorts of “soul killers”: greed, selfishness, prejudice, dishonesty, materialism in subtle forms, and narrow mindedness that does not listen to the voices of others.

In the midst of all that may send us off course, especially in these challenging times, let us remember the words of Jesus here: “Fear no one.”