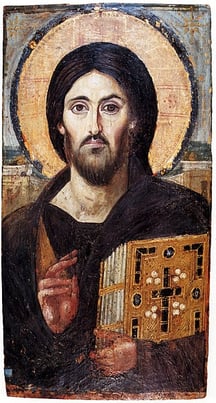 A reading from the Second Book of Maccabees

Seven brothers are tortured and killed by the Seleucid king Antiochus IV Epiphanes for refusing to eat pork in violation of God’s law. This is a brutal story, but the reason it is included in this week’s readings is because it includes a promise of an afterlife. One of the brothers, near death, tells the king, “It is my choice to die at the hands of men with the hope God gives of being raised up with him, but for you, there will be no resurrection to life.”

This is an early testament to the belief in resurrection, something that did not appear in the Hebrew scriptures previously but became a joyful and hopeful belief for Christians.

“Lord, when your glory appears, my joy will be full.” This was written long before the ministry of Jesus Christ but points to a hope for an afterlife. “But I in justice shall behold your face; on waking I shall be content in your presence.”

It was not easy to be a disciple of Jesus in the days following the Resurrection. Christians lived in fear of the Roman oppressors and often of their Jewish brothers and sisters who might consider them heretics. Paul assures them, “But the Lord is faithful; he will strengthen you and guard you from the evil one. … May the Lord direct your hearts to the love of God and to the endurance of Christ.”

That is good advice now as it was then. We do not suffer persecution because of our faith—certainly, not in the way the early Christians did—but for us, the “evil one” may take other forms, such as a preoccupation with material things and with social prominence or political influence. If we open our hearts, God will direct them.

The Sadducees did not believe in resurrection and tried to trick Jesus with a complicated hypothetical question about seven brothers. In their narrative, the oldest one marries but dies childless. Then each of the others in turn marry the widow. The Sadducees’ put this question to Jesus: “Finally the woman also died. Now at the resurrection whose wife will the woman be? For all seven had been married to her.”

Jesus does not answer this silly question but rather states the truth about God: “And he is not the God of the dead, but of the living, for to him all are alive.”

Yes! We do are not called to die forever but rather to live with God forever. Do you ever pray about that? What a gift! The greatest gift of all—eternal life with our Father.