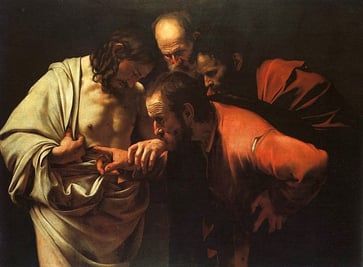 We know from many stories in the gospels that Jesus was a healer. Here we read that he passed on that power to the apostles: “Many signs and wonders were done among the people at the hands of the apostles. . . . A large number of people from the towns in the vicinity of Jerusalem also gathered, bringing the sick and those disturbed by unclean spirits, and they were all cured.”

Today, healing is still happening through the Holy Spirit, sometimes physical healing and more often spiritual and emotional healing. We pray for the healing of relationships, the healing of hurts we may have suffered or brought upon others. Sometimes, we may pray for a physical healing for ourselves or a loved one, and it seems that nothing happens, and yet something very deep is happening on a spiritual or emotional level that we may have missed. A loved one may have died despite our prayers, but that person was healed on a deeper level during the time of death and family and friends have taken part in that healing. Or perhaps we have suffered a disappointment, an injustice, or even a betrayal that does not seem to have a resolution, but other doors are opened, other people have brought us healing. A light still shines in the deep darkness.

“Give thanks to the Lord for he is good, his love is everlasting.” God’s love cannot be measured by whether God “answers one or more of our prayers” but rather by God’s deep presence in us and around us.

This book was written many years after the death of Jesus to give hope and support to Christians who were being persecuted throughout Israel and beyond. The author has a powerful experience of Jesus:

“When I caught sight of him, I fell down at his feet as though dead. He touched me with his right hand and said, ‘Do not be afraid, I am the first and the last, the one who lives. Once I was dead, but now I am alive forever and ever. I hold the keys to death and to the netherworld.’”

Imagine how you would have heard these words two thousand years ago as you were suffering rejection and persecution every day. This message could have given you insight into who Jesus was beyond just a man who had walked the earth many years before, and it would have brought hope amid persecution and even death. We are thankful that you and I are not in that kind of danger, but we have our own challenges living in a society whose values and beliefs are different from ours in a number of important ways. So, it is good to hear the words of Jesus: “Once I was dead, but now I am alive forever and ever.”

This is the famous story of the apostle called “Doubting Thomas.” Jesus comes into a gathering of the apostles when the door is locked. He shows them his hands and his side and says, “Peace be with you. . . . As the Father has sent me, so I send you. . . . Receive the Holy Spirit. Whose sins you forgive are forgiven them and whose sins you shall retain are retained.” But Thomas was not there. When he later sees the apostles, he says, “‘Unless I see the mark of the nails in his hands and put my fingers in the nailmarks and put my hand into his side, I will not believe.’ Now a week later his disciples were again inside and Thomas was with them. Jesus came, although the doors were locked, and stood in their midst and said, ‘Peace be with you.’ Then he said to Thomas, ‘Put your finger here and see my hands, and bring your hand and put it into my side, and do not be unbelieving, but believe.’ Thomas answered and said to him, ‘My Lord and my God!’ Jesus said to him, ‘Have you come to believe because you have seen me? Blessed are those who have not seen and have believed.’”

Jesus is saying that to us today. We have not seen him, and yet we are called to believe. What is the source of your belief? How do you experience Jesus in your life? In prayer? In the love of others? In the Eucharist? Or perhaps it is a bit of each.