Prayer in a Pandemic 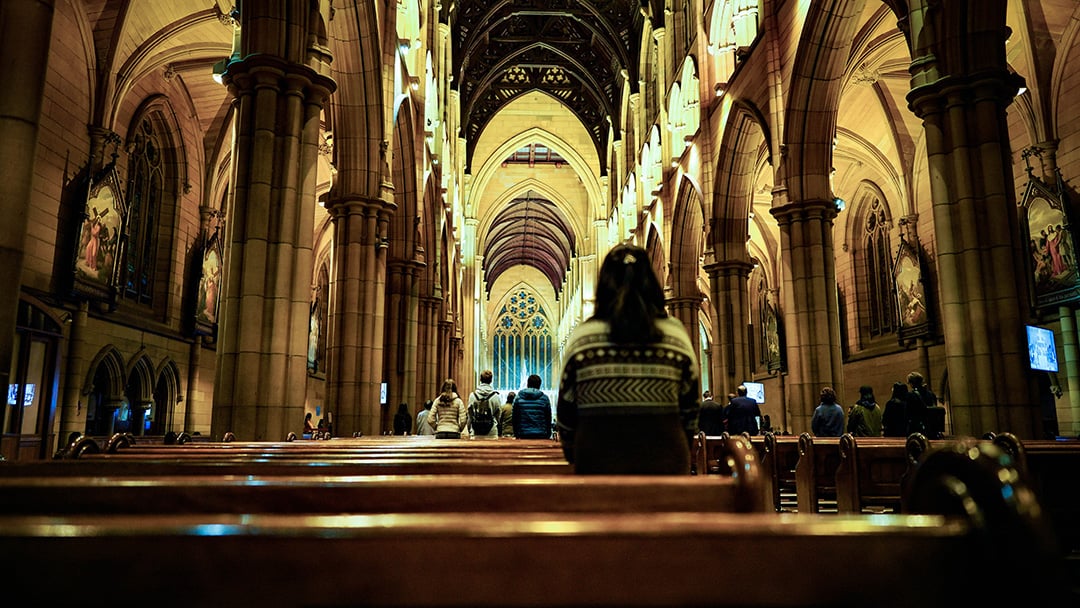 The start of this month made me realize that we have been living in a pandemic life for half a year. What started as a whisper, a rumor, has taken over our everyday lives, and the effects are limitless. The struggles and losses have been tremendous and heartbreaking.

Being the "Body of Christ" 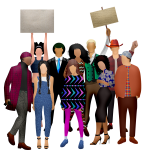 The Church recently celebrated Corpus Christi: the solemnity of the Most Holy Body and Blood of Jesus. As I listened to my priest give a homily on what it means to be the body of Christ, my mind wandered to America’s current unrest. “When I distribute Communion and say ‘the body of Christ,’” the priest said, “I am both affirming the individual in front of me and the physical host in my hand.” These words reminded me that we are the body of Christ, and our brothers and sisters in Christ are hurting because of injustice. As Catholics, we must both prepare ourselves to receive Communion and allow the reception of it to inspire our actions.

Catholic Social Teaching informs Catholics about the values of solidarity, the life and dignity of the human person, call to family, community and participation, rights and responsibilities, the preferential option for the poor and vulnerable, the dignity of work and workers, and care for God's creation. All of these values add up to tell us that we should care about our black brothers and sisters.

In the past few weeks, we have seen protestors gather in huge numbers in cities and towns across the country. Many of the young people looking to change the unjust situation in our country are the same young people who sit next to you in your Church pews on Sunday. Perhaps they are fighting for justice because they remember the stories of Jesus radically loving the vulnerable and marginalized of society.

By acknowledging how police brutality and systemic racism devalue the life of black Americans the Church has a powerful opportunity to show what it means to be pro-life. While being pro-life means working to eliminate abortion or the death penalty, it also means fighting for equality for all people. Actively living a pro-life lifestyle means working to end discrimination and promote anti-racist language, behavior, and policies. It means standing up for populations who do not have a voice. It means listening, learning, extending empathy, and amplifying voices that are different from yours.

We are the Body of Christ. Let us be the hands that help, the ears that listen, the minds that work for reform, and the bodies that work for justice.

Jessica Guerriero is the RENEW Theology on Tap Coordinator and is a student majoring in Catholic Studies at St. Edward's University in Austin, Texas. 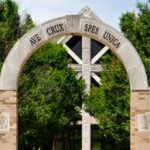 Ave Crux, Spes Unica. For the past seven years, I have attended educational institutions sponsored by the Congregation of Holy Cross. The congregation’s motto, Ave Crux, Spes Unica, has been ingrained in my brain, but lately it has taken on a special meaning in my life. It translates as “Hail the cross, our only hope.”

I know parishes and dioceses across the United States are struggling with how to serve their communities, particularly young adults, during this difficult time. Many are trying to use Zoom calls or YouTube videos as a way to minister to their young adults, and these means are often successful with strong turnouts of participants from their homes. People are hungry for connection and community, even on a screen.

I was on a video call with a retreat group earlier this week, and we were sharing our experiences. Many of these fellow college students had gone home and were adjusting to living with parents and siblings again. About half an hour in, we realized we had nothing else to share; life seemed too slow with no exciting news. Yet, we stayed on the call. We stayed on the call for an extra hour, because looking at each other made us feel a little closer and a little more connected. We talked about how we missed being able to hug each other and see each other’s faces around campus.

My friend Robbie who will be graduating online in two weeks, brought tears to my eyes when he said, “I would do anything for one more campus ministry retreat.” I understand what Robbie meant; I too have been dreaming about one more opportunity to sit together, physically. I miss the times we could comfort each other, play volleyball, take a hike, pray and eat together. My fellow students and I mourned the fact that, for the foreseeable future we would have to share from afar.

Jesus taught me long ago that no cross, no burden, is too big or too small to bring to him. There is universal suffering right now. Some people are mourning the loss of loved ones; others are mourning the fact that they won’t walk across a stage and celebrate graduation with friends and families. We all are carrying crosses and burdens, let us recall how liberating and salvific Jesus’ cross is for us. Let us not forget to hope. I am spending my days reminding my heart, Spes Unica, Spes Unica - Only Hope.

Jessica Guerriero is the RENEW Theology on Tap Coordinator and is a student majoring in Catholic Studies at St. Edward's University in Austin, Texas.

The joy of many faces was a sign of holiness 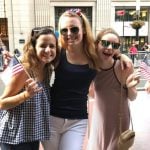 So often, we get bogged down with negative emotions. I’m tired, I’m stressed, I’m anxious. I’m bored, I have too much going on, I don’t have enough going on. Rarely do we pause to celebrate the glorious life we are living. Do we ever stop to recognize the beauty in the mundane, the miracle in the everyday? Often, we don’t. Instead, we need a cause for celebration—a wedding, a birthday, a promotion. But this past Wednesday was a day for celebration—for the United States, for women, for life. And while some may say that the United States Women’s National Team danced and celebrated a little too big, I disagree. We are called to live a joyous life, and when we live filled with joy, we are praising, thanking, and glorifying our Creator.

Pope Francis writes in his encyclical Christus Vivit, “Dear young people, make the most of these years of your youth. …dream freely and make good decisions. …Make a ruckus! Cast out the fears that paralyze you, so that you don’t become young mummies. Live! Give yourselves over to the best of life!” Our Holy Father is encouraging each of us to celebrate, to take risks, to be joyful. I would argue, that when we live like that, we are living holy lives.

Annie, Samantha, and I—interns at RENEW International—were encouraged to attend the United States Women’s National Team’s ticker-tape parade in Lower Manhattan on Wednesday morning. We quickly agreed and figured out the logistics of it, while maintaining an attitude of thanksgiving and excitement for this opportunity. Throughout Wednesday morning, I was astounded by the moments that were filled with grace, or holiness—for example, when we made it into the city with no complications or over-crowded trains, and when we had time to grab some yummy coffees. Another such moment occurred when we found a great spot to watch from, with no one in front of us! A few minutes later, we met our neighbors, two young women who had traveled from Vermont to celebrate!

Soon, the crowd began to thicken, and we overheard stories of women who had played soccer their entire lives and young girls sharing which players were their favorites. We saw police officers selflessly and bravely protecting the people, acting with integrity. We witnessed sign after sign held by young and old, boys and girls, demanding equal pay for the soccer players they had watched diligently throughout the season. We had an easy and safe walk after the parade and caught trains that worked seamlessly and helped us make it back to the RENEW office on time.

Pope Francis also writes in Christus Vivit that when St. John Bosco taught St. Dominic Savio that “holiness involves being constantly joyful, he (St. Dominic) opened his heart to a contagious joy. ...Dominic died in 1857 at fourteen years of age, saying: ‘What a wondrous thing I am experiencing!’” Indeed, while standing on the streets of New York City, laughing and cheering amongst new friends and strangers, I paused to think, “What a wonderful thing I am experiencing.”

Jessica Guerriero, at left in photo above, will be a junior Catholic Studies major at St. Edward’s University in Austin, Texas this fall. Jessie was born and raised in Ohio, but enjoys travelling and adventuring across the country and the world. “I love learning about social justice, women in the Church, and the Holy Cross Tradition,” she says, “and I am so grateful for my time spent here at RENEW this summer.”